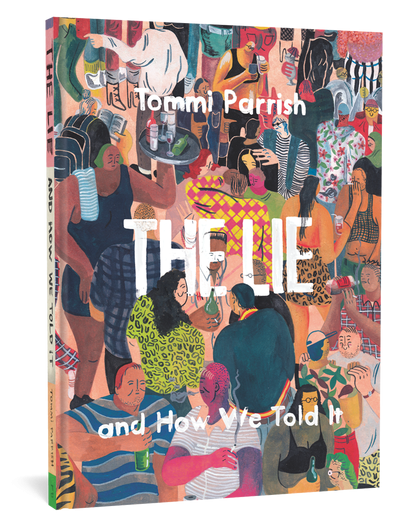 Canada-based Australian comics artist Tommi Parrish has won the 2019 Lambda Literary Award for a graphic novel for their book The Lie and How We Told It (Fantagraphics).

The Lie and How We Told It follows two formerly close friends as they try to salvage their decaying relationship after a chance encounter.

Winners were awarded in 25 book categories, while special honours were given to writers Alexander Chee and Masha Gessen, and to scholar and critic Barbara Smith.

The awards, known as the ‘Lammys’, celebrate achievement in lesbian, gay, bisexual, transgender and queer writing and were awarded at at a ceremony in New York City on 3 June. To see the full list of award winners, see the Lambda website.