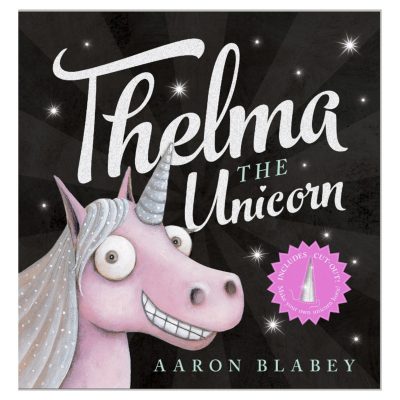 Netflix to adapt ‘Thelma the Unicorn’ for animated musical feature

Aaron Blabey’s picture book Thelma the Unicorn (Scholastic) will be adapted into an animated musical film by Netflix.

The project will be adapted by husband-and-wife filmmakers Jared and Jerusha Hess (Napoleon Dynamite, Nacho Libre), with Jared Hess to direct it. Blabey will be one of the film’s executive producers.

‘We are huge fans of Aaron’s work,’ the Hesses said. ‘The lovable misfits in his books feel right at home for us. It is a dream come true to be collaborating with him and Netflix on an animated feature of Thelma the Unicorn.’

Thelma the Unicorn has sold over 1.6 million copies since it was first published in 2015, and has been distributed in 14 countries. Scholastic will publish a sequel, The Return of Thelma the Unicorn, in October this year.