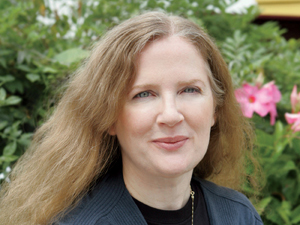 Scholastic has acquired world English rights to a new novel by Suzanne Collins set in the ‘Hunger Games’ universe.

The yet to be titled prequel, known as Untitled Panem Novel, will be set 64 years before the events in The Hunger Games (Scholastic). The ‘Hunger Games’ trilogy has sold more than 100 million copies worldwide, and foreign rights for the trilogy have been sold in 54 languages and 52 territories to date.

Rights were acquired by Scholastic US vice president, publisher and editorial director David Levithan in a deal negotiated by Rosemary Stimola of the Stimola Literary Studio on behalf of Collins.

Collins said: ‘With this book, I wanted to explore the state of nature, who we are, and what we perceive is required for our survival. The reconstruction period 10 years after the war, commonly referred to as the Dark Days—as the country of Panem struggles back to its feet—provides fertile ground for characters to grapple with these questions and thereby define their views of humanity.’

The book will be available in print, digital and audio formats and will be published simultaneously in ANZ, the UK, Ireland, the US and Canada on 19 May, 2020.