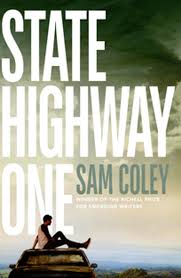 Coley’s entry of the same name won the 2017 Richell Prize for Emerging Writers, which requires entrants to submit the first three chapters and a synopsis of the proposed work. The novel follows twins who travel the length of New Zealand’s State Highway One in an effort to reconnect with each other after the unexpected deaths of their parents.

Hachette head of literary Robert Watkins, who acquired the novel, said: ‘State Highway One is an incredibly accomplished novel that is full of sharp insights—on the surface the story of a road-trip, at its heart the story of a journey home—wherever that might be. We’re so very proud of the talent the Richell Prize is unearthing, and State Highway One is an excellent example of that.’

Coley said: ‘I really wanted to explore the idea of what “home” means, when you’re living abroad. I remember how in my late teens/early twenties everything felt like the end of the world, and I wanted to capture those kinds of emotional stakes and take some risks in the writing.’

The 2019 Richell Prize is currently open for submissions until 8 July.

State Highway One will be published in June 2020.