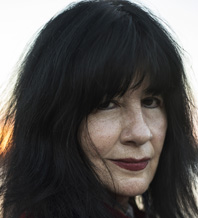 Joy Harjo has been named the 23rd poet laureate of the United States, becoming the first Native American poet to hold the post, reports Publishers Weekly.

Harjo is the author of eight books of poetry including her most recent collection, Conflict Resolution for Holy Beings (Norton), as well as a memoir, a children’s book and a YA novel. She is the recipient of numerous awards, including the Jackson Prize from Poets & Writers, the Ruth Lilly Poetry Prize from the Poetry Foundation, the Wallace Stevens Award from the Academy of American Poets and the PEN Open Book Award.

A member of the Muscogee Creek Nation, Harjo is not only the first Native American to hold the post but also the first poet laureate from the state of Oklahoma. She is the second poet laureate to be appointed by librarian of congress Carla Hayden, and succeeds Tracy K Smith.

The poet laureate is appointed for one year and receives a US$35,000 (A$50,830) salary and an office at the Library of Congress in Washington.