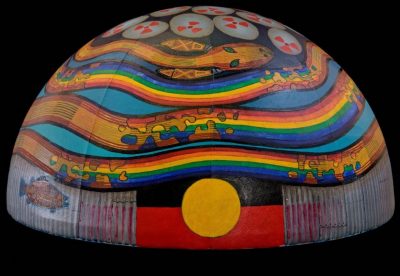 The program has been announced for the 2019 Brisbane Writers Festival (BWF), which runs from 5–8 September.

Over 160 writers will appear at the festival, which in recognition of the UN Year of Indigenous Languages will explore the ways in which Australia’s traditional custodians convey story. First Nations guests include authors Tony Birch, Melissa Lucashenko and Claire G Coleman, actor and author Uncle Jack Charles, and rapper, dancer and actor Danzal Baker aka Baker Boy.

Baker will headline the festival’s opening night celebration at the State Library of Queensland, along with writer, actor and comedian Steven Oliver, and poets Omar Sakr, Solli Raphael and Melanie Mununggurr-Williams.

‘The written word hasn’t always been the primary way to tell a story,’ said BWF CEO and artistic director Zoe Pollock. ‘Indigenous Australians have been yarning, weaving, painting, singing and dancing the stories of this land for thousands of years and right up into our present day … Acknowledging difference and understanding how we can use stories to connect to one another is at the heart of this year’s program.’

To see the full program, visit the BWF website.