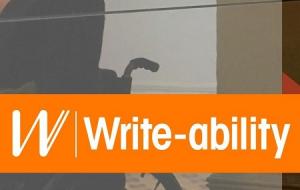 Writers Victoria has announced the recipients of its 2019 Write-ability fellowships.

The following five emerging writers with disability were awarded the fellowships:

Each fellow will receive tailored support for their writing project in the form of mentoring, manuscript assessment and/or attendance at Writers Victoria workshops.

Now in its seventh year, the fellowship received a record number of applications. Judge Andy Jackson said, ‘There were so many applications that showed great promise—these are stories that need to be told, and it was an honour to be entrusted with such thoughtful and passionate writing.’

Three writers were highly commended by the judges: Erica Cervini for ‘Yizkor for Rose: A Life Lost and Found’, Arty Owens for ‘Eve of Rebellion’, and Joanne Penney for ‘Spiders and Butterflies’.

For information on the Write-ability fellowships, visit the Writers Victoria website.