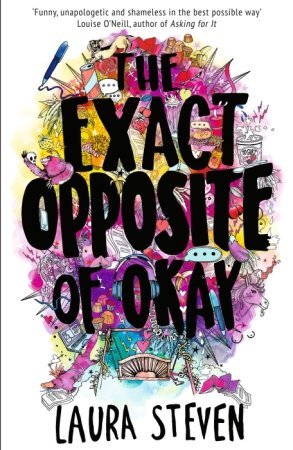 In the UK, the winners of the inaugural Comedy Women in Print Prize (CWIP) have been announced.

In the published author category, Laura Steven was awarded for her YA novel The Exact Opposite of Okay (Egmont), about a young woman who is faced with unwanted online attention. Described by judges as a ‘brilliant social satire around a dark subject’, the novel was chosen from a shortlist of five, which included Gail Honeyman’s Eleanor Oliphant is Completely Fine (HarperCollins). Steven receives £2000 (A$3600) and each shortlisted author receives £250 (A$450).

In the unpublished author category, Kirsty Eyre was awarded for her manuscript ‘Cow Girl’, which the judges said is a ‘witty novel set in the unlikely world of dairy farming’. Eyre receives a publishing contract with HarperFiction and a £5000 (A$9000) advance. Asia Mackay was named runner-up for her submission ‘Killing It’. Mackay receives a free place in the University of Hertfordshire’s MA in Creative Writing.

As previously reported by Books+Publishing, the prize was established in 2018 by comedian Helen Lederer, who felt disheartened at the lack of recognition of funny women writers. In 2018 CWIP judge Marian Keyes criticised the Bollinger Everyman Wodehouse Prize, the only other UK prize for comedic writing, after it failed to award a winner out of 62 entries.

For more information, and to see the shortlists, see the website.