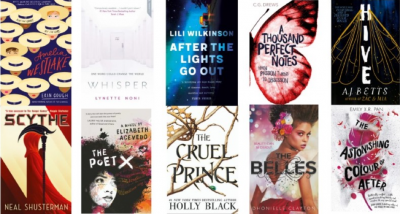 The shortlists for the 2019 Inky Awards have been announced. The awards are presented by State Library Victoria (SLV) for local and international fiction, poetry, anthologies and graphic novels written for young adults.

The titles shortlisted for the Gold Inky Award (for an Australian book) are:

The titles shortlisted for the Silver Inky Award (for an international book) are:

The shortlisted titles were selected by a panel of eight teen judges from around Australia, from longlists announced in March. Public voting for the winners is now open to teen readers via SLV youth website Inside a Dog; voting closes at 5pm AEST on 18 August with winners to be announced in September, as part of Melbourne Writers Festival Schools’ Program.