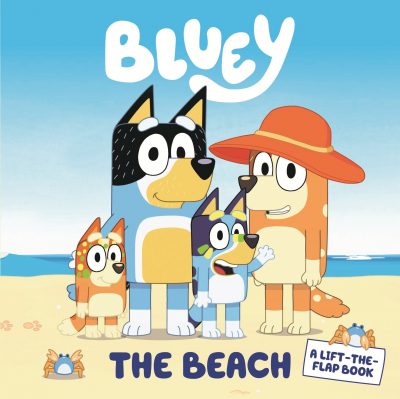 Some of our most celebrated Australian children’s authors are releasing books in time for Christmas 2019. Readers of all ages can look forward to beautiful hardback picture books from perennial favourites Colin Thompson (The Corner of My Eye, Walker, October), Graeme Base (Moonfish, Viking, October) and Mem Fox (The Tiny Star, illus by Freya Blackwood, Picture Puffin, October), as well as a reissued hardback edition of Ted Prior’s classic Grug at the Beach (S&S, November). In October, A&U will publish Alison Lester’s new picture book The Painted Ponies, about a young girl who falls for some tamed wild ponies and must decide whether to keep them or set them free, while Puffin will reissue Lester’s classic picture book Running With the Horses in a hardback, younger readers edition.

Funny favourites Jackie French and Leigh Hobbs are back with new instalments of their respective picture book series, both set right here at home. Mr Chicken All Over Australia (Leigh Hobbs, A&U, October) is inspired by Hobbs’ two years as Australian Children’s Laureate, while French’s Top Koala (illus by Matt Shanks, HarperCollins, December) is a rhyming story about a koala that just has to be on top of everything—from a mast in the Sydney to Hobart yacht race to the top of Parliament House.

Paul Jennings, recent recipient of the CBCA’s Lifetime Achievement Award, will release the twist-filled middle-grade novel A Different Land (A&U) in October. And another well-known name, Emily Rodda, has teamed up with long-time collaborator Marc McBride on The Glimme (Scholastic, October), an illustrated, full-colour novel full of dragons, danger and adventure.

A number of well-known Australian personalities are turning their hands to children’s books, including sporting heroes Nic Naitanui and Johnathan Thurston. Star West Coast Eagles ruckman Naitanui’s debut picture book Little Nic’s Day (illus by Fátima Anaya, A&U, November) is a celebration of difference and diversity, while for rugby fans, the younger readers edition of Thurston’s 2018 memoir will open up his inspiring story to a whole new audience (JT: The making of a total legend, HarperCollins, September).

Wiggles fans will enjoy Emma’s Ballet Alphabet (Five Mile, October), a picture book featuring beloved yellow wiggle Emma, while another group of entertainers has come together to form a children’s supergroup comprising illustrator Heath McKenzie, author and musician Josh Pyke, and actor and children’s entertainer Justine Clark. Puffin publishing director Laura Harris says A Banana is a Banana (November), based on the song of the same name, is ‘full of rhythm and silly verse that makes you wonder, Is a banana just a banana?’

Multi-talented personal trainer and children’s author Tiffiny Hall will team up with her TV personality husband Ed Kavalee for A First Time for Everything (illus by Anil Tortop, A&U, September)—a warm-hearted celebration of all the ways the first year of parenting doesn’t quite look like Instagram.

Kids that have been patiently awaiting the next instalment of their favourite series will have their wishes granted this holiday season. Aussie superstar Aaron Blabey will release not one but two titles in time for Christmas. The Return of Thelma the Unicorn (Scholastic, October), the follow-up to his first picture book about a famous unicorn who flees the spotlight, will have a sparkly gold cover, while for children less into glitter and more into grit, the 10th and final book in Blabey’s smash-hit younger readers series ‘The Bad Guys’, The Baddest Day Ever, is bound to reach an exciting conclusion. Also in October, Nick Bland’s next picture book in his ‘Bear’ series, The Very Super Bear (Scholastic), follows the titular Bear as he acquires a goose sidekick and saves the jungle from a cranky yellow monster.

For middle-grade readers of stories that centre on friendship, book two in Davina Bell’s ‘Corner Park Clubhouse’ series, The Secret Life of Lola (Hardie Grant Egmont, September), is sure to please, while The Girl, the Dog and the Writer in Lucerne (HarperCollins), the final book in Katrina Nannestad’s beloved series, will melt hearts come October. Publisher Chris Kunz says, ‘We’re sad to come to the end of this gorgeous series but fans will get a very satisfying and heartfelt conclusion to Freja and Tobias’ adventures.’

Book eight in John Flanagan’s bestselling ‘Brotherband’ series (The Return of the Temujai, Random House Australia Children’s, October) brings the worlds of Flanagan’s ‘Ranger’s Apprentice’ and ‘Brotherband’ series together. Finally, A&U publisher Susannah Chambers says, ‘All the kids who have been desperately hanging off the cliff since the end of the first book in Anh Do’s brilliant adventure series Wolf Girl will be very relieved to know that the second ‘Wolf Girl’ book will be here in December.’

Children’s nonfiction is booming and readers have a lot to choose from this year, no matter the subject. For maths lovers (or soon-to-be maths lovers), Eddie Woo’s Magical Maths (Macmillan, October) and Adam Spencer’s The Prime Suspects (Xoum, December) are activity books that even the most reluctant mathematician can engage with. For a different kind of activity, Felicita Sala’s Lunch at 10 Pomegranate Street (Scribble, August) is an illustrated picture book that contains 15 recipes alongside a story that celebrates community and diversity. Another celebration of diversity is Lonely Planet Kids’ This is My World, in which 84 children from around the planet share their stories in their own words, introducing the reader to their families and pets, their homes and their hobbies.

The summer holidays will also yield a bumper crop of illustrated reference books for animal lovers, starting with well-known scientist Tim Flannery’s first children’s book, Explore Your World: Weird, Wild, Amazing! (illus by Sam Caldwell, Hardie Grant Egmont, November). Author-illustrator Matt Chun is also back with another animal book, this time focusing on ocean-dwellers (Australian Sea Life, Hardie Grant Egmont, October), while The Australia Survival Guide (George Ivanoff, Puffin) is for those looking for something to take them outside of their comfort zone.

Budding historians—or those simply curious about Australia’s past—will enjoy The Good the Bad and the Silly (John Dickson & Bern Emmerichs, Berbay, November), which the publisher says explores ‘some of the hidden corners of Australia’s colonial and post-colonial beginnings’. History buffs also have a children’s information book by a well-known Australian storyteller to look forward to in The Story of Australia (Black Inc., December). According to publisher Chris Feik, ‘Don Watson tells the history of Australia in bite-sized chunks, complete with attractive illustrations—who could resist?’

For kids who like to laugh, get ready for a wave of funny books this summer. Funny Bones (edited by Oliver Phommavanh, Kate Temple & Jol Temple, A&U, November), an anthology of humorous drawings, stories and jokes from well-known Australian entertainers, will tickle the funny bone for a good cause—proceeds from its sale will go to War Child, an aid agency that works with children caught in war zones. Young comedy fans also have The Treehouse Joke Book (Andy Griffiths & Terry Denton, Pan, November) and Matt Stanton’s latest Funny Kid book, Funny Kid Kicks Butt (ABC Books, December), to look forward to.

For smaller children, picture books that are hilarious and fun to look at abound—plus they contain in-jokes for parents to enjoy. The vibrant My Folks Grew Up in the ’80s (Beck Feiner & Robin Feiner, ABC Books, October) looks at the weird and wonderful era that many parents came of age in, while next year’s National Simultaneous Storytime book Whitney and Britney Chicken Divas (Lucinda Gifford, Scholastic, October) is the tale of two chooks … who have a secret double life as jazz singers. As far as rhyming picture books go, the rivalry of a flamingo and a panda in Pea+Nut (Matt Stanton, ABC Books, November) will provide laughs while reading aloud, and parents are bound to chuckle at All of the Factors of Why I Love Tractors (Davina Bell & Jenny Løvlie, Hardie Grant Egmont, October), about a little boy who refuses to read books about anything other than his favourite piece of farming equipment.

For primary-aged readers, a number of magical middle-grade novels are due out towards the end of the year. Time-slip adventure Grace’s Secrets (Louise Park, Berbay), whimsical tale The Secrets of Magnolia Moon (Edwina Wyatt, illus by Katherine Quinn, Walker) and the funny and enchanting Jinxed! The Curious Case of Cora Bell (Rebecca McRitchie, illus by Sharon O’Connor, HarperCollins) are all due out in September. In October, MidnightSun will release Cryptosight (Nean McKenzie). Set in country Victoria, it’s about a pair of siblings who become drawn into the mysterious world of cryptozoology. Publisher Anna Solding says it’s a ‘fast-paced, exciting romp’ that takes upper primary readers ‘through the Australian bush looking for hidden creatures’.

Two of Australia’s biggest names in YA fantasy are releasing books just in time for Christmas. Garth Nix’s new standalone novel Angel Mage (A&U)—set in an alternate 17th century where angels can be summoned by magic—is due out in October and Lynette Noni’s Weapon, the sequel to last year’s Whisper (both Pantera), is releasing in November. Also releasing in late November is Viking-era novel Saga (UQP), the third book in Nikki McWatters’ series about young women caught in the hysteria of their times. Publisher Kristina Schulz says the intersecting plotlines make for ‘a wild ride of a story’.

A bit closer to home, Text Publishing has two realist YA novels in store for Christmas: the gritty This is How We Change the Ending (Vikki Wakefield, September), about an angry young man who realises he has the power to change his future, and Nina Kenwood’s Text Prize-winning debut It Sounded Better in My Head (August)—a comedy that, according to the publisher, ‘lives and breathes what it feels like to be awkward’. Another prize-winner, Holden Sheppard’s moving #OwnVoices debut Invisible Boys (Fremantle Press, October), follows the lives of three young men navigating queer identity while living in a small Western Australian town. ‘I love the raw honesty of this book,’ says publisher Cate Sutherland. ‘We can’t wait to release it into the world!’

Finding the perfect picture book won’t be difficult this holiday season. Animal lovers can choose from three books that each offer an oceanic story with an environmental message: No Place for an Octopus (Claire Zorn, UQP, November), Antarctica (Moira Court, Fremantle Press, November) and Louie and Snippy Save the Sea (Collette Dinnigan & Grant Cohen, Berbay, October). Another picture book with an important message is The Voyage (Robert Vescio & Andrea Edmonds, EK Books, October), which follows a family as they make a dangerous journey across the ocean to flee their war-torn homeland for a new life.

Babies and toddlers will enjoy the depictions of animals in a number of forthcoming board books. Jedda Robaard’s sweet illustrations of Australian animals decorate the pages of I’m Ready for Christmas and I’m Ready for Preschool (Puffin, October). In Australian Baby Animals (Walker, December), Frané Lessac introduces the terminology for the offspring of the unique animals of Australia, while in her board book Animals (Berbay, October), Chihiro Takeuchi’s paper-cut artworks present an array of animals from across the world.

Bookselling during the ‘new normal’  Features

Witnessing the future: Kate Mildenhall on ‘The Mother Fault’  Features