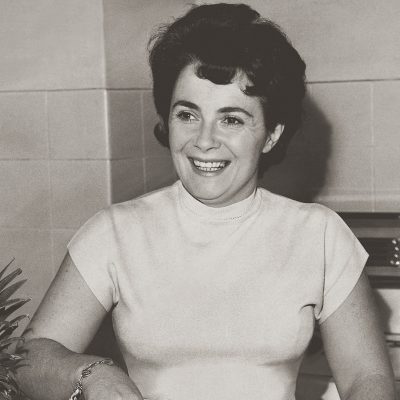 First published by Paul Hamlyn in 1968, The Margaret Fulton Cookbook became an important reference for cooking in Australian households, with more than a million copies sold across all editions. The cookbook was reprinted in 1969 and further editions were published in 1976, 1980, 1991 and 1998. Hardie Grant Books published editions of the cookbook in 2004, 2006 and 2010, as well as a 50th anniversary celebratory edition in July 2018. Fulton wrote more than 20 books and also worked as food editor for Woman’s Day magazine, one of the first in the industry to be both a cook and a journalist.

Fulton was awarded the Medal of the Order of Australia in the 1983 Queen’s Birthday Honours list in ‘recognition of service to the media as a journalist and writer in the field of cookery’. In 1998, Fulton was added to the list of 100 Australian Living Treasures by the National Trust of Australia. At the 2011 Australian Book Industry Awards, Fulton became the first cookbook writer to be awarded the Lloyd O’Neil Award for outstanding service to the Australian book industry.

‘Margaret has rightly been named the woman who taught Australia how to cook. Her enormous popularity and commercial success was matched with an encyclopaedic knowledge. She was also a great innovator, as well as a brilliant teacher.

‘Upon receiving the Australian Book Industry Award in 2011, the Lloyd O’Neil Award for Service to the Australian book industry, she memorably acknowledged that her many books’ successes had kept her in whisky.

‘Hardie Grant group managing director Julie Pinkham said, “It was a rare privilege to work with Margaret. She had very high standards and we were always kept on our toes—she completely understood her audience and knew exactly what they wanted.”

‘Margaret has been a wonderful author to work with and we are saddened by her passing and offer our condolences to her family, daughter Suzanne and grand-daughters Louise and Kate.’