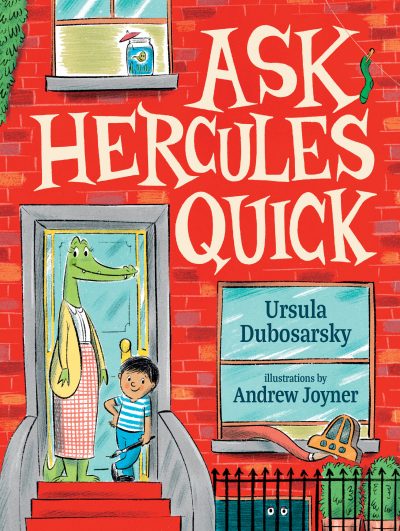 Hercules lives with his alligator aunt in a building full of quirky characters. On a trip to the shops his imagination is captured by a magic box, but how will he buy it with no money? Hercules thinks quick and advertises himself as a willing worker in order to save up for his much-wanted treasure. Each chapter introduces Hercules to a new job he must complete in order to earn his money and save up for the magic box. No task is too big or too small as each resident of the building calls on his services. The unusual jobs lead to satisfied customers and unexpected outcomes, including a new companion, tadpole Sylvie. Hercules’ hard work pays off, ultimately leading him to surprising results. With its combination of unusual characters and colourful, detailed illustrations this book is sure to capture the attention of readers on the lower end of the indicated age spectrum of six to nine. Ursula Dubosarsky is a favourite Australian children’s writer and with Ask Hercules Quick she has delivered another book that will encourage early readers to flex their budding read-aloud muscles.