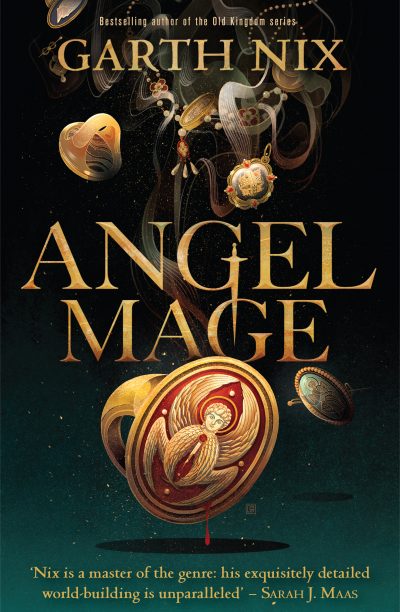 Recently in fantasy there has been a move away from medieval Europe settings. One of the most popular examples of this is the 17th-century-Europe-inspired ‘Flintlock Fantasy’, though it owes as much to Alexandre Dumas and adventure movies as it does to history. With Angel Mage, Garth Nix throws his plumed hat into the ring with an adventure featuring musketeers, magic, monsters and angels. Actually, angels are the magic, with each of the vast heavenly hosts possessing powers according to rank. Most people can call on one or two of the lower angels for help with minor things, but very few can command the service of the greater ones. Four young people—a student doctor, an artist, a clerk and a cadet musketeer—are connected to each other and to a century-old disaster in ways they don’t understand. One hundred years ago the land of Ystara fell, most of its people killed or turned into misshapen beasts. The Refusers, descended from those few who escaped, are cursed so that the gifts of angelic magic bring them only death or transformation. Unbeknown to them, these four people will be instrumental in revealing the truth of the mystery of Ystara and perhaps even more. Angel Mage is a wonderful standalone book with a diverse, inclusive cast for teen readers and anyone who loves adventure.