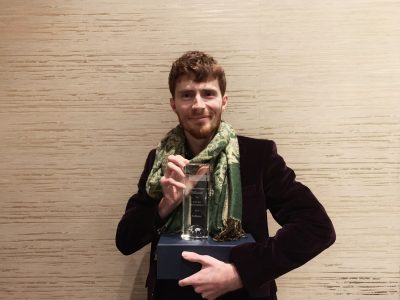 Dymocks Subiaco in Perth has won its second consecutive Chairman’s Award for Retail Excellence, presented at the 2019 Dymocks national conference in Melbourne from 4-6 August.

Dymocks managing director Steve Cox praised owner Tim Thomas, who took over the business two years ago, and his staff for their ‘dedication to every aspect of the business, from excellence in sales, building relationships with suppliers, commitment to Dymocks Booklover program and offering the best customer experience possible’. ‘It has been fantastic to see Tim’s enthusiasm for the business remain steady throughout his second year of trade,’ said Cox, who also noted that the store dedication to growing the Booklover program and growing the store’s presence in the community through local author signings and events.

The other award winners were:

Over 150 franchise owners, staff and suppliers attended the awards ceremony and gala dinner on 6 August.