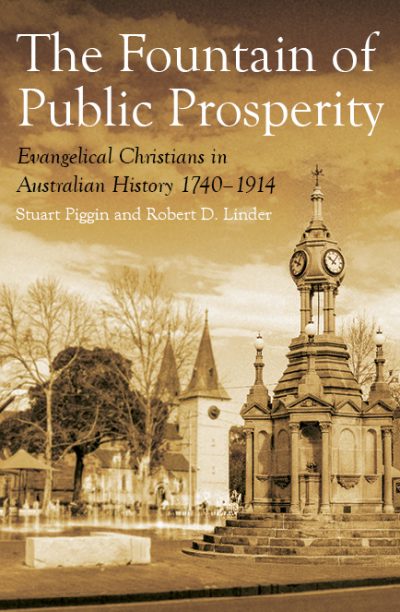 The Fountain of Public Prosperity: Evangelical Christians in Australian History 1740–1914 by academics Stuart Piggin and Robert Linder (Monash University Publishing) has been named 2019 Australian Christian Book of the Year.

A second volume, titled Attending to the National Soul: Evangelical Christians in Australian History, 1914–2014, is due to be released in December.

The $3000 prize, which recognises excellence in Australian Christian writing, is presented annually by SparkLit, formerly known as the Society for Promoting Christian Knowledge Australia.

Last year’s prize was awarded to The Bible in Australia: A Cultural History (Meredith Lake, NewSouth).

Tags: Christian Book of the YearSparkLit