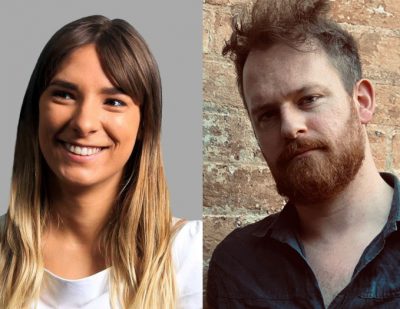 Araluen Corr and Dunk take over from former editor Jacinda Woodhead, who recently announced her departure from the journal after 10 years with Overland.

Araluen Corr is a poet, writer, educator and researcher who has been working with Indigenous literatures at the University of Sydney. Born, raised, and writing in Dharug country, she is a Bundjalung descendant. Dunk teaches literature and critical theory at the University of Sydney, where he was the inaugural Kenneth Reed Postgraduate Scholar. As well as his scholarship, he is a writer of fiction and poetry.

Woodhead said: ‘Evelyn and Jonathan are dynamic writer-editors who are super smart and incredibly passionate about all forms of literature, about culture and collaboration, and about the kind of work that is fundamental to the spirit of Overland. I’ve been reading their respective writings for some time, and have been working with Evelyn in particular for a number of years now, and it is wonderful to see their hard work and talent being recognised in this way.’

Dent said it would be ‘a thrilling and challenging opportunity to become a larger part of Australia’s most radical journal’, while Araluen Corr commented, ‘Knowing first-hand Overland’s generosity and dedication to emerging writers of colour and culture, I’m proud to take a role in continuing this legacy.’

The two will begin their editorship in late 2019. For more information, see the Overland website.