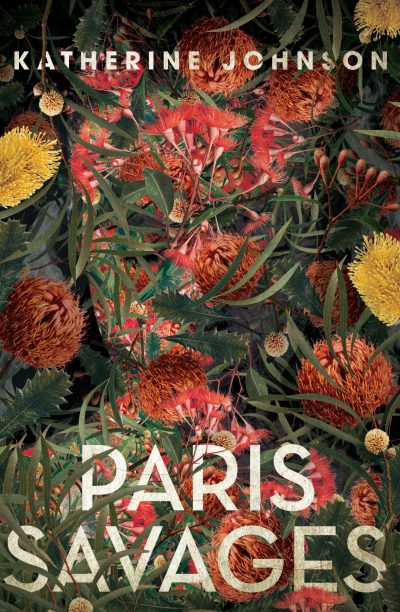 Katherine Johnson’s fourth novel is a poignant imagining of the true story of three young Aboriginal people—Bonny, Dorondera and Jurano—who in 1882 agree to tour Europe with German engineer Hans Müller and his 16-year-old daughter Hilda as ‘live exhibits’ in ‘human zoos’. Despite Müller’s reassurance that his vision is to save the Badtjala people’s home on K’gari (Fraser Island), his true motives are quickly thrown into question. Interest from European crowds becomes oppressive and Bonny, Dorondera and Jurano begin to be exploited in shocking ways. Paris Savages abounds with astounding detail about the Badtjala people and their culture, which, together with the diary entries of empathetic narrator Hilda, invites deep compassion for the plight of these people whose population is rapidly declining. Rather than assuming an Aboriginal viewpoint, Johnson chooses to use the ghost of Hilda’s mother as a second, omniscient narrator who closely observes the headstrong Bonny, speculating on his thought processes. While this clever technique endeavours to navigate the ethics of writing outside one’s race and bring us closer to the Indigenous characters, there remains a yearning to more fully know the inner lives of the three people at the heart of this novel. Ultimately though, this is a story of hope, bravery and survival. It will appeal to readers of historical fiction and those interested in a little-known part of Australian history.

Jacqui Davies is a freelance writer and reviewer