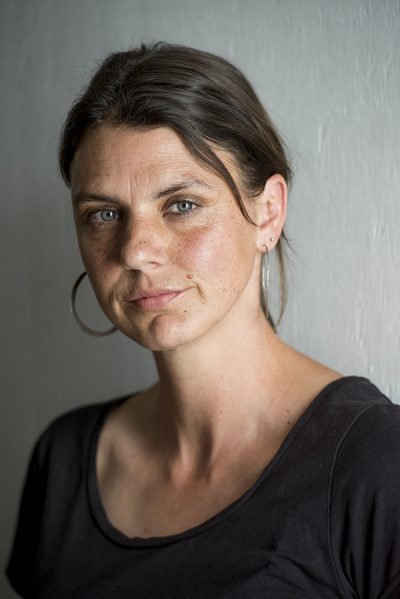 Following the impulse: Anna Krien on ‘Act of Grace’

Almost a decade in the making, Anna Krien’s debut novel, Act of Grace (Black Inc., October), is described by reviewer Brad Jefferies as ‘an ambitious and compelling study of trauma’. He spoke to the author.

You worked on Act of Grace for almost a decade. Can you talk about how you came to write the book, and how the finished novel differs from the project you first set out to write?

I had two babies in quick succession—one during and the next one after the writing of Night Games (Black Inc.)—and I knew I wouldn’t be able to disappear for weeks on end doing reportage while they were little, so I figured now was the time to focus on my fiction. Because babies are so easy. They are such thoughtful and considerate creatures. Seriously, I had no idea. But jokes aside, I think I needed the time regardless. Having been so immersed in journalism, in facts, fairness and scrutiny, it did feel as though my fiction ‘muscle’ had been wasting away. It took a while to get used to the new rhythm of writing and trust how the characters, their worlds and narratives revealed themselves to the page.

Act of Grace today is unrecognisable from its first incarnation. It was originally going to be a collection of short stories, but the stories got longer, and the characters kept reappearing, evolving and delivering. The characters went places too, places I had not intended to write about, and I’m glad I followed those impulses.

The title Act of Grace refers to a literal act in the novel, as well as hinting at some of the book’s broader themes of inheritance and trauma. Can you talk about what this phrase means?

The title Act of Grace refers to payments made by the Australian military in Iraq to victims or families of victims who have been harmed by personnel—such as being caught in crossfire or mistakenly shot at checkpoints. While these payments have to be approved by the department, they are—for the most part—discrete and secret. By 2007, $266,680 had been paid out to Iraqi civilians in act of grace payments since the Australian Defence Force began its operations in Iraq. I first learned about these payments from an Australian soldier who’d been in Iraq and involved in an incident that was followed up with an act of grace. The name struck me, in particular, for its duplicity, a kind of bureaucratic gaslighting. For surely if there were to be any grace in such a scenario, it would come from the victim, or the victim’s family. Is this how history is written, I wondered: with subtle inversions of meaning where the armed and uninvited are suddenly recast as gracious?

What inspired you to write from the perspectives of a set of diverse characters? What steps did you take to ensure you accurately and sensitively captured these characters’ voices?

To be honest, it felt natural to develop these characters, none of them felt forced or pre-planned. If anything, it was that impetus I had to question—are these nuanced characters or have I just dug up some caricatures that have been lazily lying around in my consciousness? I did my research and drew on the characteristics and complexities of people I have met over the years. I didn’t ask for permission to write about different places, people and ethnicities, though there were times I thought to myself, Bloody hell, Anna (or Robbie, the character who was often leading the charge), don’t go there. You’re going to get slammed. But I did. I guess that is a similarity between my journalism and my fiction.

Are you working on anything new—fiction or otherwise?

Of course! There’s an essay on the front burner, scraps of dialogue and ideas for a novel on the backburner, and on the other two burners some children’s stories and an advocacy idea I’m toying around with. However, as my family will gladly tell you, I’m a very bad cook, easily anxious and renowned for burning frypans into charred beasts and baking flat cakes. I’m best if I just cook one thing at a time.

I’m embarrassingly late to the party on this, but I just finished The Power by Naomi Alderman (Penguin). What a visceral and provocative novel. Sharp to the very end, it has stayed in my thoughts, small comparisons regularly arising in day-to-day life.