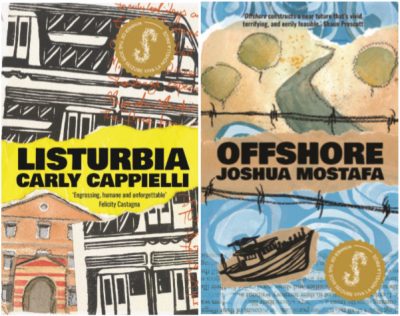 Cappielli won for her novella Listurbia, a book written in lists that features a dysfunctional narrator who is fixated on stories about missing children. The judges chose Listurbia ‘for its unique storytelling mode while also having an extraordinary emotional resonance’.

Mostafa won for his novella Offshore, which follows an academic who pays people smugglers to help him escape overseas when Sydney begins to collapse into chaos. The judges chose Offshore ‘for its new take on some of the present day’s biggest moral questions told with wry wit and a pacey plot’.

The winners were chosen from a shortlist announced in February. Both novellas will be published by Seizure in September.