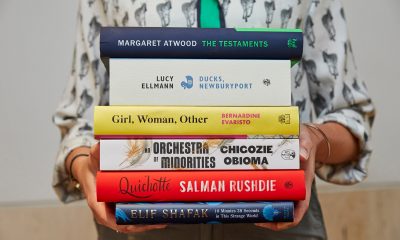 The shortlist for the 2019 Booker Prize has been announced.

Chosen from a longlist announced in July, the shortlisted authors each receive £2500 (A$4470). The award, now sponsored by US-based charitable foundation Crankstart, is open to novels written in English and published in the UK or Ireland between 1 October 2018 and 30 September 2019.

Two former Booker winners are among the shortlist: Margaret Atwood for The Testaments, her long-awaited sequel to The Handmaid’s Tale, and Salman Rushdie for Quichotte, his reworking of Don Quixote. Penguin Random House has four shortlisted titles from their Chatto & Windus, Jonathan Cape, Hamish Hamilton and Viking imprints.

The winner will be announced on 14 October.

For more information on this year’s shortlist, see the Booker website.