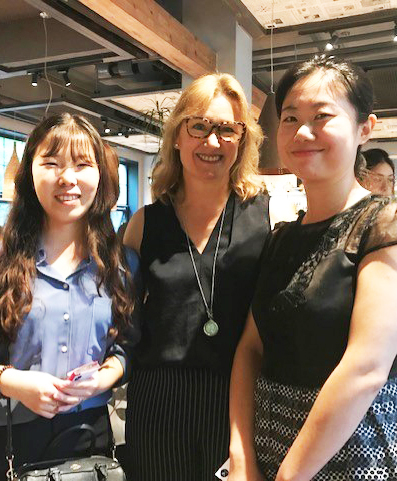 I am writing these words as I prepare to fly home from the Beijing International Book Fair. To be in the heart of a city of 21.8 million people, capital of a country of 1.3 billion, certainly makes you aware of the vastness of the market potential here.

As head of the Independent Publishers Committee (IPC) at the Australian Publishers Association (APA), I have been a keen advocate of strengthening our relationship with China. This year we had eight publishers on the APA stand: Rockpool Publishing, Big Sky Publishing, CSIRO Publishing, UQP, National Museum of Australia Press, Atlas Jones & Co, Australian Scholarly Publishing and Ventura. Of course, we are there primarily to sell rights, but I strongly believe it is essential to our understanding of the world that we understand China. To do so represents vital cultural literacy. The Frankfurt Book Fair skews towards the UK, US and Europe, but as Australian publishers we need to know more about the vast single-language market of our near neighbour.

This is the third year that the IPC has hosted an Australian stand at the Beijing Book Fair. We receive no funding other than from our own IPC budget, and as a result our stand is extremely spartan compared to other group stands. We look with envy at the stands of France, Germany, Britain, Korea and even tiny Macau. Fortunately, this year Maree Ringland, counsellor for Public Affairs and Culture at the Australian Embassy in Beijing, together with Guo Ying of DFAT, hosted a pre-fair lunch for visiting publishers to meet our Chinese counterparts.

The lunch was very productive as it brought together the actual publishers rather than the figurehead-only chairmen, which is so often the case at more formal events. We were united as publishers talking books, all with a keen interest in literature, retail and cultural trends.

I sat next to Peng Lun of indie press Archipel, the publisher of Sally Rooney in China. He printed 25,000 copies of Normal People, which lasted a month before reprinting—an achievement that puts the ‘othering’ of the Chinese market in context. Also at the lunch was Azia Cheng, the new CEO of Penguin Random House North Asia, who, being young and dynamic, epitomises the new generation of Chinese publishers.

The business side does butt up against the state. Only a state-owned publisher can issue an ISBN, so a small press has to be ‘adopted’ by a state-owned publisher and share the ISBN allocation after the title has been approved. ISBNs can also be ‘auctioned’ as they have a separate market value to the book. And I was informed that in one sweep of the presidential pen the booming children’s market could be closed if it is deemed to allow too much Western influence. There are also cultural sensitivities. Our book Everyday Ethics (Simon Longstaff), which contains issues of abortion, gender and religion has sold into Taiwan but not into China.

But, overall, I can only enthuse about the welcome we were given, the interest in our books and the respect we were offered as fellow professionals. It is an extremely worthwhile adventure both personally and financially.