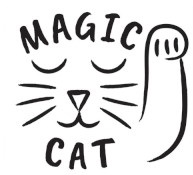 The pair met at Templar Publishing, and have previously worked together on the bestselling ‘Little People Big Dreams’ series (Frances Lincoln), which has sold more than 1.5 million copies in the English language.

Williams said: ‘I grew up reading Walker Books from my home in Melbourne and am delighted to be partnering with one of Australia’s best independents on the distribution of our new list.’

Walker Books ANZ president Angela Van Den Belt said Williams and Broom are ‘pioneers in the field of illustrated children’s nonfiction’, adding, ‘I am sure booksellers will be just as excited as we are to see what they will bring to life under their new independent venture, Magic Cat!’

Magic Cat will publish in North America as an imprint of Abrams Children’s Books, and in China it will launch as a new imprint of The Ronshin Group.

Magic Cat titles will be available in ANZ from early 2020.