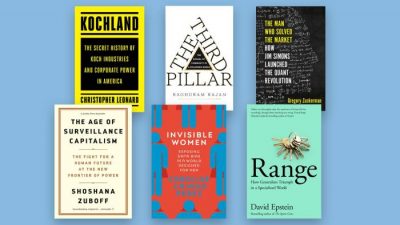 In the UK, the shortlist for the Financial Times and McKinsey Business Book of the Year Award has been announced.

This year’s six shortlisted books are:

Established in 2005, the award recognises the book that provides ‘the most compelling and enjoyable’ insight into modern business issues.

Last year’s winner was John Carreyou for his book Bad Blood: Secrets and lies in a Silicon Valley startup (Picador). For more information about the award, visit the Financial Times website.