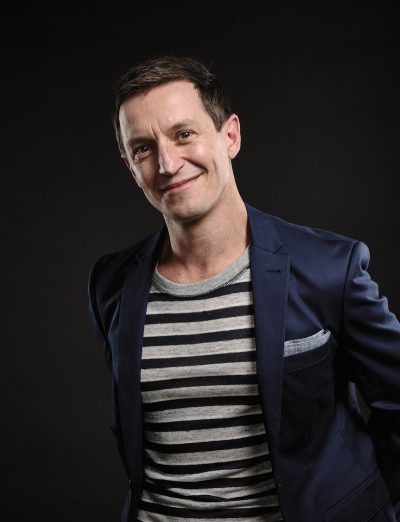 You have not one but two children’s books out (or coming soon). How long have you been working on them and what inspired you to create the characters of Disgusting McGrossface and Rocky Lobstar?

I’ve been working on both titles since last year and have had a really fun time doing it. The character of Rocky has been kicking around in my head for a while now and was probably the most fully-formed idea I came to Scholastic with. Disgusting McGrossface was a very different situation. The character came about after I’d already booked my pitch meeting. I was joking around with my daughter after we’d seen some rubbish left right next to the bin in a park and wondered who would have done such a thing. By the time we’d walked to the car, Disgusting McGrossface was born and jumped straight to the top of my pitch list.

Not only did you write both books, but you illustrated them too—how long have you been drawing? How does your illustration style differ between the two books, which are aimed at different age groups?

Drawing has been the one thing I’ve been able to do since as long as I can remember. When I was little, my grandparents would put out big sheets of cardboard on the floor for me to scribble on and right up until late in high school I thought it would be something I would pursue as a career, until performing jumped the queue. After going on to forge a career in that world, it’s nice to be able to share my sketching skills now too.

As far as approaching the different styles, while still very much my ‘look’, I was keenly aware that Disgusting McGrossface would need to be big and bright and detailed for younger readers as it ends up on such large, colourful pages. Whereas Rocky Lobstar, due to its more condensed printing style with the illustrations sharing as much of the page as the text, is probably closer to what would be my natural style of simple line drawings.

How important is it to include humour when entertaining kids?

In these early stages, I’m certainly going for laughs first and foremost, especially with the younger readers book. There’s even a few hidden ‘Easter eggs’ in some of the drawings. My default setting is comedy and I think it’s a wonderful tool to engage with readers of any age, plus it is just as important to utilise it with your artwork as well as your text.

You’re no stranger to being in front of the camera, but some of your recent work has been voicing a number of characters on the animated children’s series Kitty is Not a Cat. If Disgusting McGrossface or Rocky Lobstar were adapted for the screen, who would you want to use as voice talent?

Wow. What a brilliant blending of worlds that would be! The character of Disgusting McGrossface doesn’t do a whole lot of speaking so we wouldn’t need much for that role but as for Rocky, in my head he has the all-round performance level, skill and personality of Justin Timberlake, so let’s start with him, shall we? I’ll put a call in.

Are you working on any other books or creative projects at the moment?

I’ve already got the idea for what I’m tentatively calling ‘The Return of Disgusting McGrossface’, with another two potential follow-ups after that floating around in my head. The manuscript for Rocky Lobstar book two is currently in a folder on my laptop but is still early days at this stage. Beyond that, there are a plenty of other potential ideas that I have already put forward or thought about but I want to stay focused on these current projects for now. I do see this as the start of a hopefully long journey into the world of children’s books, so fingers crossed they’ll all get to see the light of day at some point.