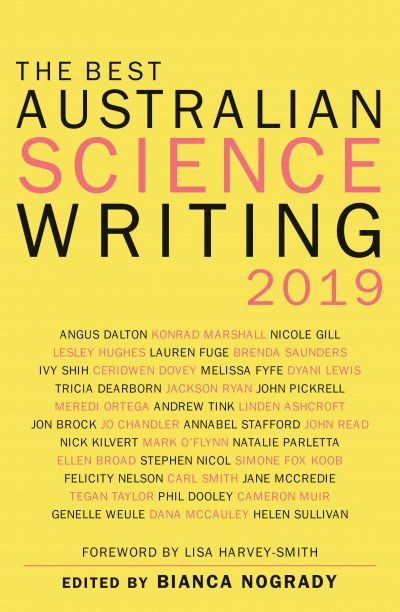 The shortlist for this year’s Bragg UNSW Press Prize for Science Writing has been announced.

The shortlisted pieces are:

The winner of this year’s prize will be announced on 7 November. The winner will receive $7000 and the two runners-up will each receive $1500. The shortlisted pieces will be published in the forthcoming anthology The Best Australian Science Writing 2019 (ed by Bianca Nogrady, NewSouth, November).

The Bragg UNSW Press Prize for Science Writing is presented by NewSouth Publishing for short nonfiction pieces of science writing that have been written for a general audience. It is named in honour of Australia’s first Nobel laureates, William Henry Bragg and his son William Lawrence Bragg.

For more information about the prize, visit the NewSouth Publishing website.