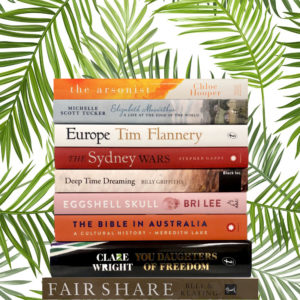 The Council for the Humanities, Arts and Social Sciences (CHASS) has announced the longlist for the 2019 Australia Book Prize.

The prize, worth $3500, is part of the CHASS Australia Prizes program, which aims to draw international attention to Australia’s achievements in the humanities, arts and social sciences.

A shortlist of three titles will be released later this month. The winner will be announced at the 2019 CHASS Australia Prizes Dinner on 30 October in Melbourne.