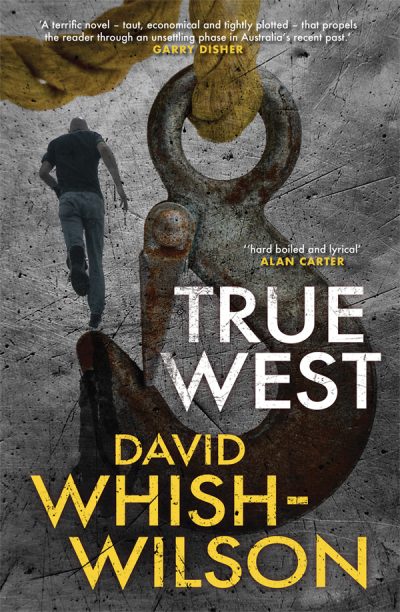 Opening on a Western Australian freeway in 1988, True West immediately introduces Lee Southern, a teenager on the run from the militaristic bikie gang in which he grew up. Such narrative briskness is characteristic of David Whish-Wilson, whose fifth crime novel barrels along on lean prose while still rendering a specific time and place with atmosphere to spare. Lee’s plan to take up cash work as a tow truck driver proves short-lived when he’s cornered by the white supremacists who run that particular racket in Perth. Forced into a lifestyle all too similar to the one he is fleeing, complete with training toward ‘a career in armed robbery’, Lee leans on his survival instincts while plotting escape and a possible reunion with his absent father. Used as a pawn due to his lack of a criminal record, Lee encounters visceral violence and drug addiction, which might turn off some readers. But for all of Whish-Wilson’s skill with impactful action and white-knuckle suspense, True West ultimately reveals itself as a complex morality tale about the tenacious spread of prejudice. As the book’s villains begin to court mainstream political aspirations, readers might recall The Manchurian Candidate as much as Peter Temple’s hard-boiled yet humanistic thrillers.