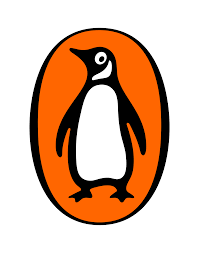 In September, PRH delegates in the editorial and publicity departments voted ‘overwhelmingly’ in favour of the EBA, according to the Media, Entertainment and Arts Alliance (MEAA), which bargained on behalf of staff. The FWC approved the agreement on 18 October and it went into effect at PRH on 25 October.

The EBA enshrines pay increases for editorial and publicity staff between three percent and six percent in the first year, and three percent per year thereafter. Other terms and conditions covered in the agreement include time off in lieu, transparent pay grades, an annual grading review process and remuneration for higher duties.

PRH union members said in a statement, ‘We are very excited that our EBA has been approved by Fair Work after seven months of bargaining. We hope that this EBA can act as a good example of how to improve conditions in other publishing houses and media outlets. Thank you to everyone who supported us through the process.

‘We are grateful to work in an industry that recognises our hard work and allows us to continue supporting authors and creating books that we are proud of. This is wonderful progress for Australian publishing and we are thrilled to be involved in creating a fairer industry for all.’

PRH did not respond to a request for comment before deadline.

You can view the PRH EBA here.