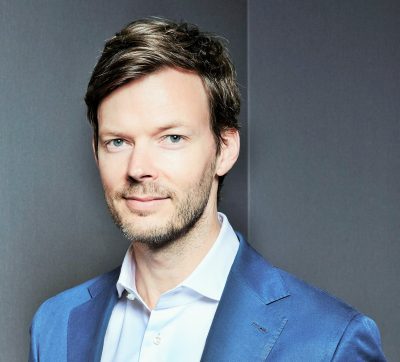 In this edited extract from his report, Ractliffe examines whether publishers should target heavy readers or light readers in their direct to consumer marketing. Read the full report here.

In his influential book on marketing, How Brands Grow, Professor Byron Sharp argues that marketers spend too much time talking to heavy buyers and that, in order to grow, brands need to target light buyers and non-buyers. ‘Marketing has the best chance of being successful when it has as much reach as possible. It is particularly successful when it reaches light and non-buyers of a brand … Acquisition is vital for growth and maintenance. Reaching all buyers is vital, especially light, occasional buyers of the brand.’

Marketers may be tempted to focus on the people who buy often because they engage frequently and account individually for important sales volume. This is the ‘heavy buyer fallacy’—the tendency to overlook the fact that most customers are lighter buyers who together buy enough to matter a lot.

Digital marketing and social media have made it much easier to identify and talk to engaged audiences and fans, but are publishers preaching too much to the converted? In order for a book to tip into being a megaseller, it has to hit those ‘once a year’ readers too. I asked the interviewees about this.

Hachette Livre group chief CRM and digital marketing officer Guilaume Pech-Gourg’s opinion is that, ‘We should try to focus on engaged and heavier readers. It would be very challenging to convince a light reader to engage with us. We are missing purchase data but we have valuable data on social demographics and the way they engage with content. We can use that to better target and make advertising more efficient via test and learn initiatives.’ Industry commentator Mike Shatzkin agrees, sort of, ‘Generically it makes sense to fish where the fish are. It makes more sense to fight for more share from the people who read more books. On the other hand, book reading is partly driven by the insularity of the book business.’

PRH audience insight director UK Stephanie Withers, however, says: ‘We need to understand more about light and non-readers. Readers are saying they don’t read as much as they used to. Data suggests light readers are increasing.’ This recent article, titled ‘Before the internet broke my attention span I read books compulsively. Now it takes willpower’, sums up the issue and cites Roy Morgan research from 2016 demonstrating that the proportion of Australian men and women reading books has decreased in recent years, most noticeably among women.

Erica Curtis, PRH US VP of marketing strategy, consumer insights & analytics, mentions that segmenting PRH US’s readers has thrown up the very useful information that the most valuable readers, in terms of book spend, are not necessarily the heaviest readers. ‘There is a large but casual reader segment that, when reached effectively, can extend a strong-performing title into a runaway bestseller. So we’re not just going after heavy readers, we’re also chasing casual reading segments. We’re always looking for additional opportunities to reach a new audience.’ Fourth Estate and William Collins marketing director Matt Clacher says, ‘Everything that we try to do when we talk to our audience is to be a calling card to new people. We use heavy engagers to do that work for us. There is a big vlogger/Instagrammer movement—we’re engaging with them to be ambassadors and champions.’

Social media advertising is more efficient than traditional mass market advertising, but is it more effective? Digital marketing can be measured, but just because it can be measured and observed doesn’t necessarily make it useful. As Jerry Daykin points out in his article ‘It’s Beyond Time to Rethink Social Media Marketing’ (in Eat Your Greens, edited by Wiemar Snijders) social media platforms work more like traditional media channels than most people think. ‘Yes, they allow for interaction, and have far more information about their viewers, but ultimately they are valuable to marketers because they attract large audiences that we can reach highly efficiently with paid media promotion.’ A focus on engagement as a measure of ROI (in the absence of a click through to a direct sale) often comes at the cost of reach. ‘Social media isn’t free, most of your consumers don’t want daily conversations with you and you don’t need to think about something funny to say about every major event … And that’s OK. It turns out that, just like TV or print adverts, social media can influence decision-making without you needing to click and actively engage with it.’ Reach and penetration, according to Sharp and Daykin, are what marketers should aim for, not loyalty and frequency. Traditional mass market advertising is still very important to reach audiences and build brands—it should be part of the mix in any major campaign.

I spoke to Michael Sussman, CEO of BAV (Brand Asset Evaluator) Group. BAV is the largest and leading empirical study of brands. Michael says that although everyone agrees that social media is valuable in reaching both heavy and light engagers, no one really knows how to use it yet. There are no organising principles. At BAV they have thought hard about what really matters in the social space and developed a set of proprietary metrics. BAVSocial captures four dimensions of online equity based around Vitality (the passion in the conversation), Involvement (the engagement in the conversation), Mood (the visible respect for the brand) and Prominence (the brand’s online footprint measured by referrals and search). Each of these are linked back to their four pillars of brand equity and momentum: Differentiation, Relevance, Esteem and Knowledge.

Digital marketing and social media are still marketing and should be used tactically as tools within a strategy that encompasses the whole marketing mix—not as ends in themselves. As marketing strategist Professor Mark Ritson says, ‘There is no doubt that all the various digital tactics that have emerged over the last two decades have reshaped the world of marketing execution, but they have changed the questions of marketing strategy not one jot. We still need research and we still need target segments, objectives and positioning statements.’

Bookselling during the ‘new normal’  Features

Witnessing the future: Kate Mildenhall on ‘The Mother Fault’  Features

The Wheeler Centre’s Next Chapter  Features