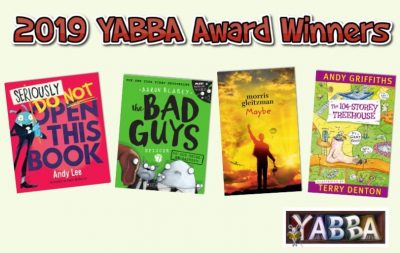 The winning titles are:

Author and illustrator Gabrielle Wang received the 2019 Graham Davey Citation honour, which is presented each year to a book or person that ‘has made an impact on Australian children’s literature’.

The awards were presented at Camberwell Girls Grammar in Melbourne on 29 October.

The winners were selected from the Reading & Enjoying Australian Literature (REAL) Awards shortlists, which also act as shortlists for the children’s choice awards in the Australian Capital Territory (COOL Awards), New South Wales (KOALAs) and the Northern Territory (KROC Awards).

For more information about the YABBAs, visit the website.