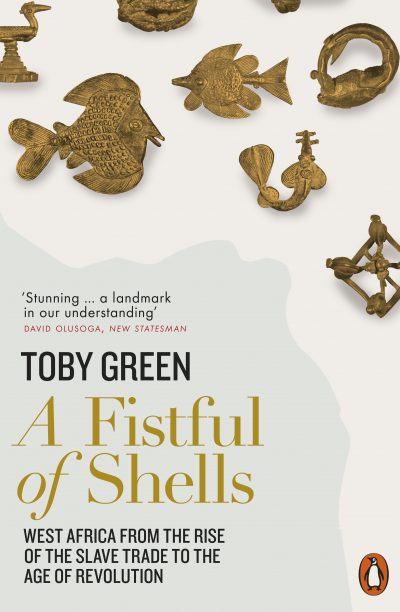 In the UK, historian Toby Green has won the £25,000 (A$46,750) Nayef Al-Rodhan Prize for Global Cultural Understanding for his book A Fistful of Shells: West Africa from the rise of the slave trade to the age of revolution (Penguin Press), reports the Bookseller.

Green’s history of West Africa dispels the long-held view that African trade only began with the European ‘Scramble for Africa’ in the late 19th century, arguing the continent had already been globally connected for many centuries.

‘A Fistful of Shells is a treasure trove of a book. Truly ground-breaking, it draws on years of work to tell another story of pre-colonial West Africa, a continually ignored continent,’ said the judges. ‘It changed the way in which the jury thought about Africa and helped us to better understand not just Africa but the way in which the world is changing right now. Finally, a detailed history that few Westerners know but all ought to. Quite simply, an eye-opener.’

The winner, chosen from a shortlist of six, was announced at a ceremony at the British Academy in London. For more information about the prize, visit the website.