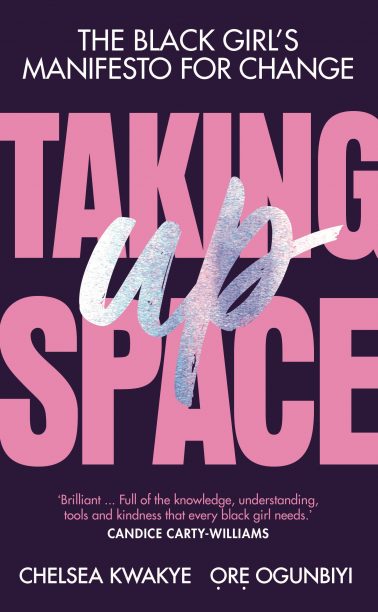 Here we are: two years on from what felt like a significant shift in the book trade from talk to action. How has the industry responded?

Starting with the large corporations, Hachette moved further towards its goal of being ‘the publisher and employer of choice for all people, irrespective of background’ by hiring last year its first diversity and inclusion manager, Saskia Bewley. She joined Nick Davies and Sharmaine Lovegrove, co-chairs of Changing the Story, the publishing group’s overall diversity scheme.

‘This has been achieved in no small way by our community of Employee Networks—employee-led groups sponsored by the company. We currently have eight active networks and a combined membership of more than 800 colleagues. Our largest and most established networks are our Gender Balance Network, and Thrive (our BAME [Black, Asian and minority ethnic] network), which both have more than 200 members. Our most recently formed networks, Ageless and All Together, focus on issues of intergenerational diversity and of regionality and socio-economic status respectively,’ she continued.

Over at Penguin Random House (PRH), a progress report was released in July on its Inclusion Pledge, which aims to reflect UK society in both PRH’s staff and authors by 2025. New hires in 2018 by ethnicity were up: 6.9% identified as black and 7.2% Asian; while the publisher reported a doubling of those with a disability from 8.2% to 16%.

PRH also offered up a new imprint in partnership with grime artist Stormzy called #Merky Books. ‘Publishing today does not accurately reflect society as a whole,’ insists the #Merky Books team, which released the popular Taking Up Space by Chelsea Kwakye and Ore Ogunbiyi. ‘We wanted the imprint to serve three important functions: to provide opportunities for under-represented writers who otherwise might struggle to get a foothold in the industry; to encourage and engage with a new generation of readers; and to demystify publishing and the publishing process. We have started small, but we have ambitious goals. We want the imprint to function as a literary hub as much as a traditional publishing imprint, with a roster of the best young writers of today, a range of initiatives, from pop-up shops to international writing prizes, and to ultimately help place reading back at the heart of British culture.’

HarperCollins, meanwhile, is about to launch Elevate, its own BAME network, and continues its traineeship scheme, which is now into its fourth year and was launched with the support of the Business in the Community race campaign and the Publishers Association. Director of people John Athanasiou says: ‘This programme has been very successful to date in bringing new talent to HarperCollins and is a key component of our ongoing Diversity and Inclusion strategy. Applications for our recent grad scheme were double what was achieved last time around.’

For all the positive action, the stats still make grim reading: research by BookTrust this year revealed that only 1.96% of authors and illustrators published between 2007 and 2017 were British people of colour, compared to 13% of the population, and that people of colour were much more likely to self-publish than white authors. The answer? For many publishing entrepreneurs, it’s been to take the initiative themselves.

Helen Lewis, for example, set up imprint Hashtag BLAK alongside Abiola Bello with a promise to publish black British writers. ‘We are not from publishing backgrounds, we don’t have angel investors, we’re not from rich families, we are entrepreneurs with a vision for how we want to do things and we’re grafters,’ she says. ‘We realised that we needed to set up an imprint that followed the traditional press model, as we didn’t want money to be the obstacle to publication. We also realised that we needed to get a grant or investment to make that happen, hence we are currently in the process of applying for Arts Council funding, having had a very encouraging meeting at their London HQ recently.’

Knights Of, publisher of inclusive children’s stories, went one step further and opened a pop-up shop in Brixton called #ReadTheOnePercent. The name was a response to a sobering report from the Centre for Literacy in Primary Education (CLPE), which found that of more than 9000 children’s books published in the UK in 2017, just 1% had BAME main characters. The store is now permanent and renamed Round Table.

‘Since launching, the team has grown, books have hit bookshelves, authors have toured and an inclusive bookshop in the heart of Brixton has manifested out of a community’s desire to have diverse books for its children,’ says Knights Of co-founder Aimée Felone. ‘Future plans for KO include a lot more of the same—making sure inclusive books reach all children where they’re at and making sure our team is from as diverse a range of backgrounds as possible. We recently did a call out for Black British men who are writing kids’ books, as there seem to be so few new voices from this area breaking through.’

Another young black entrepreneur, Hena Bryan—whose day job is as rights assistant at John Murray—runs Bryan House Publishing. ‘We admire the work that all other indie publishers have been doing, and can’t wait to continue growing our audience alongside them,’ she says. ‘We have big plans for our “My Young Adventures” series, which is due to publish another book towards the end of this year. Alongside this we’re working doubly hard on our big Christmas book to be published Christmas 2020.’

Industry organisations—both from the wider arts community and within the book trade—have stepped in to offer a helping hand. Arts Council England recently teamed up with the Clear Company to help companies develop inclusive workplaces. Called the Recruitment and Workforce Development Toolkit, it also has employee retention in mind. Abid Hussain, director of diversity at Arts Council England, says: ‘We want arts and cultural organisations to fully reflect the communities they serve; recruiting, retaining and providing career development pathways for diverse talent, and fostering inclusive workplaces is a significant part of achieving this aim.’

Ensuring a smoother path to an inclusive recruitment policy is also on the agenda for the Publishers Association. An apprenticeship standard scheme began last month with training delivered by LDN Apprenticeships. Already it’s seen Bloomsbury, Cambridge University Press, DK, Pearson, Penguin Random House and Springer Nature sign up. A spokesperson for the Publishers Association says: ‘It is hugely encouraging to see publishers embracing this idea and we hope many more will follow. We would like to thank the trailblazer employer group, whose support and high-quality work has resulted in a standard which we hope will be a game-changer for apprenticeships in publishing.’

It pays to be diverse

Not interested in diversity? Hit them where it hurts. Or, to put a positive spin on it, reward those doing it well. The Booksellers Association announced a flurry of grants to those making a difference in shops and communities, with the third round of grants distributed last month. Beneficiaries include the Lighthouse in Edinburgh, and Chicken and Frog Bookshop in Brentwood. The Diversity & Inclusivity Project has spread a fund of £50,000 (A$93,385) to help secure sensory story time materials for autistic children and writing projects for minority writers, while upping the provision of books for older people in care homes and projects for young BAME and LGBTQ audiences.

As well as funds, the message of equality is filtering down to booksellers on the ground, particularly new additions to the high street. New shop Pages of Cheshire Street, sister store to London’s popular Pages of Hackney, sells books by women, trans and gender diverse writers, while across town All Good Bookshop has launched with a designated diversity guardian as part of the founding team.

This article first appeared in the Publishers Weekly/BookBrunch London Book Fair Show Daily and has since been published online by BookBrunch.

BookBrunch is currently offering Books+Publishing readers a 20% discount on 12-month subscriptions. To take up this offer, subscribe using the code BBAUSTRALIA.