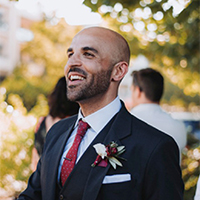 Perth-based writer and doctor Hessom Razavi has been announced as the recipient of the Australian Book Review’s (ABR) $10,000 Behrouz Boochani Fellowship.

As part of the fellowship Razavi will make contributions to ABR throughout 2020 with a series of three articles on any aspect of refugees, statelessness or human rights.

Razavi was born in Iran before his family fled the country to escape political persecution, growing up in Pakistan and the UK before migrating to Australia at the age of 13. He trained as an ophthalmologist and has traveled to Manus Island and Nauru in a medical capacity. Razavi also writes poetry and essays, and is currently at work on his debut collection.

The ABR said Razavi’s ‘early experience of exile and state violence, and his subsequent qualifications as a writer and clinician, give him an unusual perspective on the plight of the millions of people around the world who are oppressed, anathematised, and endangered’.

Announced earlier this year in association with the Peter McMullin Centre on Statelessness at the University of Melbourne, the fellowship honours the artistry, courage and moral leadership of Behrouz Boochani, the Iranian-Kurdish poet, journalist, memoirist, film producer and human rights activist who is currently detained on Manus Island.

Razavi said: ‘My goal will be to help shift awareness and raise empathy among those Australians who remain uninformed or ambivalent, particularly moderate conservatives, young people, and those who are open to reason. Ultimately, I work to contribute to the collective moment—medical, legal, artistic, political—that advocates for more humane, sustainable outcomes for vulnerable people who seek protection in Australia.’