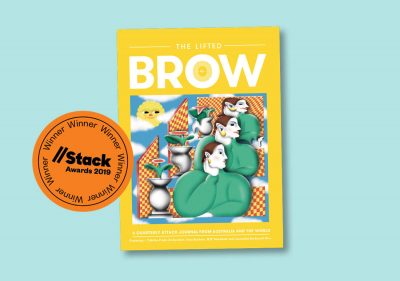 The Lifted Brow (TLB) has won the award for Best Original Nonfiction at the 2019 international Stack Awards, which recognise the year’s best independent magazine publishing.

The nonfiction category recognises exceptional interviews, reportage, and any other writing based on real events; TLB nominated Tabitha Prado-Richardson’s essay ‘Who Needs Astrology?’, which was published in issue 41 of the magazine.

TLB previously won the award in 2015.

The winners were announced at a ceremony in London. To learn more about the awards, see the website.