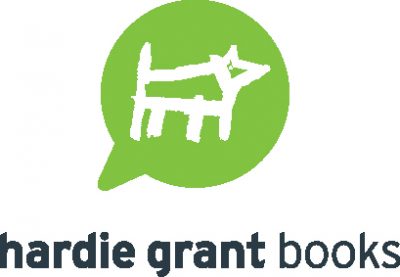 Reconciliation Australia has endorsed Hardie Grant’s Reconciliation Action Plan (RAP), which sets a path for the company to work towards reconciliation and constitutional recognition of Aboriginal and Torres Strait Islander Australians.

According to Reconciliation Australia, Hardie Grant is currently one of only a few publishing houses to have an active, endorsed RAP (other publishers with RAPs include the university-affiliated UQP and AIATSIS publishing arm Aboriginal Studies Press). First launched in 2006, the RAP program is more widely supported by larger corporate companies, government bodies, sporting and educational organisations, and not-for-profits.

A working group made up of Hardie Grant staff took about a year to develop the program, which includes a commitment to a range of activities—from raising awareness about the history and culture of Aboriginal and Torres Strait Islander Australians, to building supplier networks and creating work opportunities for Aboriginal and Torres Strait Islander people.

Hardie Grant’s actions so far include its CareerTrackers internship program, which provides an Indigenous university student with a paid internship, with a view to employing them once they graduate; its growing Indigenous publishing program; contributions to the Indigenous Literacy Foundation; sponsorship of the Indigenous stream at the Human Rights Arts and Film Festival; and ‘lunch and learn’ sessions, which include film screenings, Indigenous speakers and smoking ceremonies.

‘In creating our RAP we are formalising our commitment to change—turning good intentions into positive actions,’ said Hardie Grant co-founder Fiona Hardie. ‘The process itself has already had innumerable positive impacts across our business. I encourage anyone who’s thinking about it, to take the step.’

Correction: A previous version of this article incorrectly stated that Hardie Grant was the first publishing house to have an active, endorsed RAP. Books+Publishing apologises for this error.