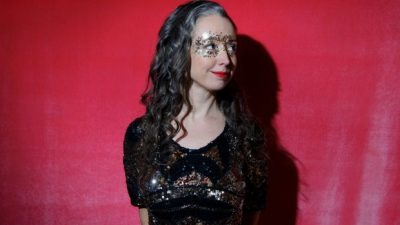 Hardy to step down as MWF artistic director

Melbourne Writers Festival (MWF) artistic director Marieke Hardy has announced she will leave her role ahead of the 2020 festival, after completing two years of a three-year contract.

Hardy advised the MWF board that she wishes to pursue other artistic opportunities, including dedicating more time to her own writing. According to the Age, Hardy plans to pursue ‘some pretty big writing opportunities here and overseas’.

Appointed to the role in 2017, Hardy delivered two festivals, themed ‘A Matter of Life and Death’ in 2018 and ‘When We Talk About Love’ in 2019. Compared to previous iterations of MWF, both festivals under Hardy placed a greater emphasis on interdisciplinary arts, including more theatre, music and interactive events than in the past.

MWF reported that the 2018 festival sold more tickets, more quickly than at any other time in the history of the festival, and increased revenue by $184,000 on the previous year, after including 15 more events than in 2017. The 2019 festival delivered the second largest box office takings in the festival’s history.

‘Marieke has been part of a phenomenal team that has helped the festival transition into a more experiential event, an event that stands apart from the excellent literary programming available around the year in our UNESCO City of Literature,’ said MWF board chair John Jerome Myers.

Hardy said, ‘My last two years at MWF has been a confetti cannon of experience, steep learning, comradeship and celebration. It’s been such a privilege to work with my warm and supportive board (who gamely accepted hugs at AGMs) and the tiny team of warriors in our festival office, as well as the hundreds of writers, artists, poets, singers, activists, journalists and literary trailblazers whose words and spirits I will forever bow to.

‘MWF is family to me and I will continue to hover around its fringes like a lightly tipsy and effusive Aunt. I leave with a song in my heart and immense gratitude for this shared slice of the world. I’m so glad we were all alive at the same time.’

The MWF board is embarking on a recruitment program to replace Hardy and will make further announcements on recruitment in the new year.