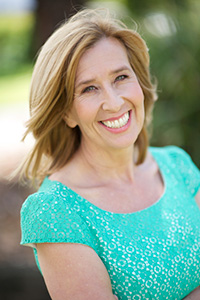 Allen & Unwin (A&U) has acquired ANZ rights to novelist Kathryn Heyman’s memoir Fury, ‘a deeply feminist story of becoming heroic in a culture which does not see heroism in the shape of a girl’.

Fury tells the story of Heyman, who at the age of 20, following a traumatic sexual assault and subsequent trial, ran away from her life and became a deckhand on a trawler in the Timor Sea.

A&U publisher Jane Palfreyman said: ‘The wildness, tenderness, ferocity and courage of Kathryn’s young self moved me to tears of despair and joy, and that young woman will now not let me go. The courage of her older self to tell this story is extraordinary, and the way Kathryn writes it is mesmerising and exhilarating. Like Clementine Ford’s Fight Like a Girl and Bri Lee’s Eggshell Skull, Fury will change lives.’

In 2017 Heyman won the Copyright Agency’s fellowship for a mid- to late-career author to work on her memoir.

A&U will be publishing in July 2020 followed by Myriad’s UK publication in September.