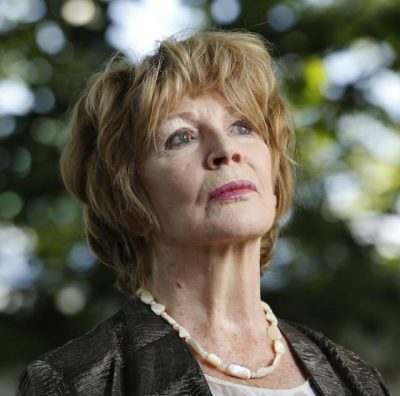 Irish novelist Edna O’Brien has been awarded the £40,000 (A$75,800) David Cohen Prize for Literature, which recognises a living writer from the UK or Ireland’s lifetime achievement in literature.

O’Brien published her debut novel The Country Girls (Faber) in 1960 and since then has published over 20 novels, most recently this year’s Girl (Faber).

‘This is a writer who has extended and enriched our idea of what it is to be human—and to be a woman, kicking against convention,’ said prize judge Imtiaz Dharker. ‘Over a period of almost 60 years, she has brought the interior life of her characters fiercely alive, and the wonder of it is that she is still writing with the same intensity today. I thought I had the course of Edna O’Brien’s work mapped out before the judging came around, and then, towards the end of the process, another great tome dropped through the letter-box, changing the whole terrain. This prize is a celebration, not just of a lifetime’s work, but of a still-burning flame.’

The biennial prize was founded in 1993 with the intention of starting an equivalent of the Nobel prize for UK and Irish authors. Previous winners who went on to win the Nobel include Harold Pinter, V S Naipaul and Doris Lessing. The 2017 prize was awarded to playwright Tom Stoppard.

The winner of the David Cohen prize is also tasked with selecting the winner of the £10,000 (A$18,950) Clarissa Luard award for an emerging writer. O’Brien selected Irish poet Clodagh Beresford Dunne.