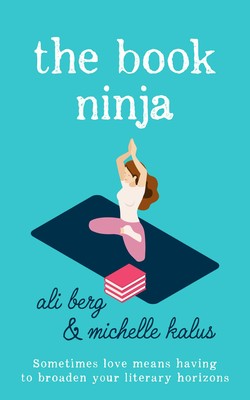 ‘The Book Ninja’ optioned for film

Ali Berg and Michelle Kalus’ novel The Book Ninja (S&S) has been optioned for film by producers Chris Brown of Pictures in Paradise and Veronica Fury of Fury Film Co.

Published in June 2018, The Book Ninja is the debut novel by the pair, who in 2016 founded Books on the Rail, an initiative to encourage people to distribute and circulate books on public transport. The novel follows the adventures of a ‘quirky book-lover’ who sets out to meet someone who shares her love of literature by using nothing but books and public transport. International rights to the book have now been sold in nine territories.

Brown, whose film credits include The Railway Man, The Proposition and Daybreakers, said: ‘I am very excited about joining forces with Veronica to develop and make this film, it’s a hysterical female buddy movie that feels like Jane Austen collided with Notting Hill!’

In a joint statement, Berg and Kalus said they are ‘thrilled’ to be working with Brown and Fury. ‘We believe in their vision and are excited about having the opportunity to be involved in this female-led team bringing to life this female-driven story.’