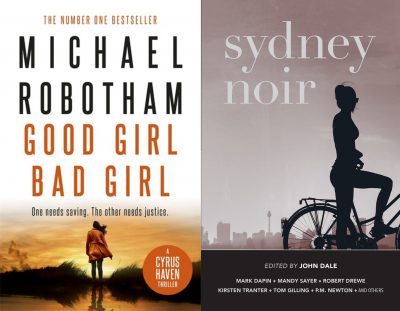 In the US, Australian authors Michael Robotham and Kirsten Tranter have been shortlisted for 2020 Edgar Allan Poe Awards. The ‘Edgars’ honour ‘the best in mystery fiction, nonfiction and television’ published or produced in the US in the previous year.

Robotham’s novel Good Girl, Bad Girl (Hachette), published by Scribner in the US, is one of five books nominated for the best novel category. The other shortlisted titles are:

Tranter was nominated in the best short story category for ‘The Passenger’, which appears in the anthology Sydney Noir (Xoum, ed by John Dale), published by Akashic Books in the US.

The winners will be announced on 30 April in New York. See the full list of shortlisted titles in all categories here.