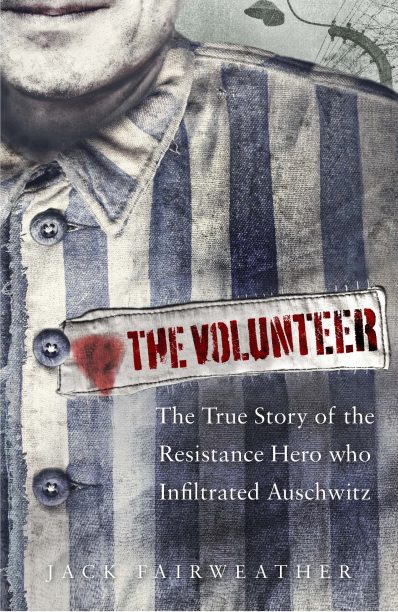 Fairweather awarded Costa Book of the Year for ‘The Volunteer’

In the UK, Jack Fairweather has been awarded the £30,000 (A$57,800) Costa Book of the Year award for The Volunteer: The true story of the resistance hero who infiltrated Auschwitz (W H Allen), with the award presented the same week as the 75th anniversary of Auschwitz’s liberation.

The Volunteer is a biography of underground operative Witold Pilecki who accepted a mission to uncover the fate of thousands of people being interred at the concentration camp. Over two and a half years, he managed to create an underground army that smuggled evidence of Nazi atrocities out of Auschwitz and to the West, via secret messages and radio broadcasts.

Chair of judges Sian Williams said: ‘One of the reasons that we loved it so much is it reads like a thriller, it doesn’t really read like a biography at all and yet you don’t feel as though it’s over-dramatised in any way. The facts speak for themselves and they are incredibly well researched—about 3000 different sources—and I think as a journalist that appealed to me, just how well researched it was … This is a story that none of us had heard before and it just deserved to be shouted about.’

Fairweather’s agent, Clare Alexander, told the Bookseller that film rights and the rights for a documentary following Fairweather have been signed and the book will become part of a trilogy ‘about people who fight against tyranny’.

Fairweather was chosen as the overall winner ahead of the four other category winners, which included The Confessions of Frannie Langton (Sara Collins, Viking) for the First Novel award, Middle England (Jonathan Coe, Viking) for the Novel award, Flèche (Mary Jean Chan, Faber) for Poetry, and Asha & the Spirit Bird (Jasbinder Bilan, Chicken House) for Children’s Books.