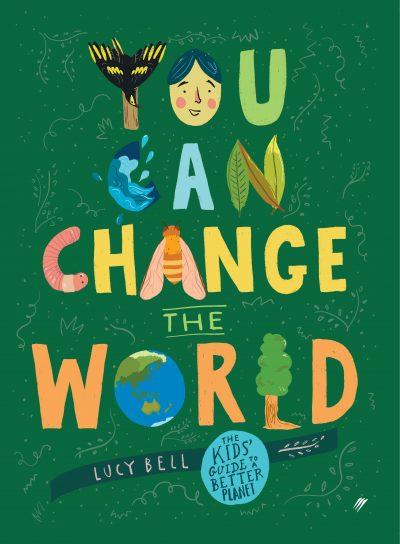 ‘You Can Change the World’ sold in multiple territories

Pantera Press has sold rights in several territories to Lucy Bell’s You Can Change the World, an illustrated practical guide ‘designed to empower kids to make changes in their lives to help make a difference in the world’.

North American rights were sold to Andrews McMeel, and world English-language rights (non-exclusive in North America) were sold to HarperCollins UK, who will publish the book in a different format and for a younger age group, with the title You Can Save the Planet.

Andrews McMeel editor Kevin Kotur said: ‘It’s a rare treat as an editor to find a compelling concept, sharp writing, and beautiful design all in one book. You Can Change the World is proof that commercial success and social value can go hand in hand.’

Pantera rights manager Katy McEwen told Books+Publishing that You Can Change the World ‘attracted a lot of attention at Frankfurt’, where it appeared in a feature on Australian children’s titles. ‘The time is clearly right for a beautifully designed and practical guide to empower kids … to help make a difference in the world,’ said McEwen.

The UK edition is scheduled for release in March, as is the Spanish edition, while the US and German editions are planned for fall 2020.