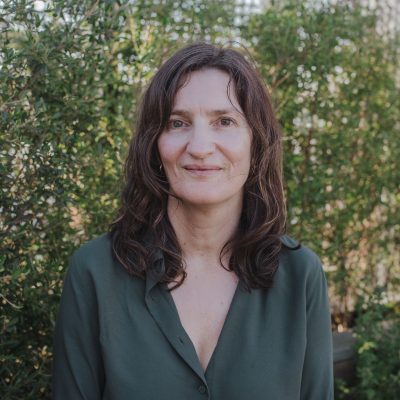 ‘Your family is okay’: Bernadette Green on ‘Who’s Your Real Mum?’

Who’s Your Real Mum? (Scribble, illus by Anna Zobel) is the debut picture book from Bernadette Green, inspired by the real-life questions her own children have been asked about their two mums. Reviewer Anica Boulanger-Mashberg described the book as ‘exceptional … a rare combination of meaningful moral and pure narrative pleasure’. She spoke to the author.

This book is so assured and coherent that I don’t think a reader would guess it’s the first for both author and illustrator. What was the catalyst for the creation of Who’s Your Real Mum?

My kids have two mums and when they started school one of the questions they were asked was, ‘Which mum is your real mum?’ I wanted to answer the natural curiosity in children in a way that took the pressure off kids from same-sex families, using humour and friendship to expand the sense of family beyond biology alone.

What was the main challenge in the creation of this text? What would you do differently if you went back to do it again?

Originally the story was aimed at a slightly older audience and I struggled to get the tone right. I didn’t want the character asking ‘Who’s your real mum?’ to be viewed as asking the wrong question. My editor, Kate O’Donnell, suggested the story be aimed at a younger audience—this led to a softening of the dynamic between the two characters.

What has been the part of this project that you loved the most?

I loved writing the fantastical elements of the story and seeing the magic Anna created with her illustrations.

What process did you go through in the collaboration between words and images? Did the two elements evolve together, or did one usually respond to the other? What kind of compromises were involved?

After accepting the manuscript, Scribble sought an illustrator they believed would be a good match for the project. I was thrilled with Anna’s work and while I didn’t see all her concepts, I was always asked for my opinion on those that were sent through to me.

What do you hope your audience will take away from their reading of the book?

Firstly, I hope they find it an enjoyable book to read and secondly, that it encourages conversations about family diversity.

What societal changes have you seen in your lifetime in terms of the meaning of family? What changes do you believe still need to happen?

I can be an over-sharer and when my first daughter was born, if strangers asked me the slightest question about ‘my husband’ I felt a need to wave the rainbow flag, going into minute detail about my journey to parenthood, embarrassing both them and me. Now, even if people don’t agree with same-sex parenting, they generally get it.

The fight for marriage equality was a big one, particularly for my children. I don’t have a need to marry but it was like the kids got a bit of sunshine. Suddenly after years of their type of family being ignored in movies, books and in the classroom, so many people around them were saying, ‘Your family is okay.’ My youngest kid’s class were very supportive, and it counteracted the negative stuff of the No campaign.

Since same-sex marriage became legal in Australia, there’s been an increase in the visibility of LGBTIQ people on screens and in advertising. It would be great to see this reflected in both primary and secondary schools, in the books kids are asked to read, in classroom discussions and in the presumptions that are made about children and their families. And of course, the religious discrimination bill looms, posing a threat to individuals and families from marginalised backgrounds.

What important things have you learned from the ‘real mums’ in your life?

My mum passed away 10 years ago. When I was younger, I felt we didn’t quite get each other, but becoming a mother helped me not only understand her more but also admire her. She had five kids, chronic pain and lived most of her life poor. I still learn from her, the downside is I don’t get to tell her.

What I appreciate in the mothers around me is their honesty. Sometimes they’re scared they’re making a mess of parenting and they share those fears, rather than pretending it’s all perfect. It makes my own fears more bearable.

Magda Szubanski’s Reckoning (Text). It’s not your average comedian’s family tale. It was fascinating and made me love Magda even more.