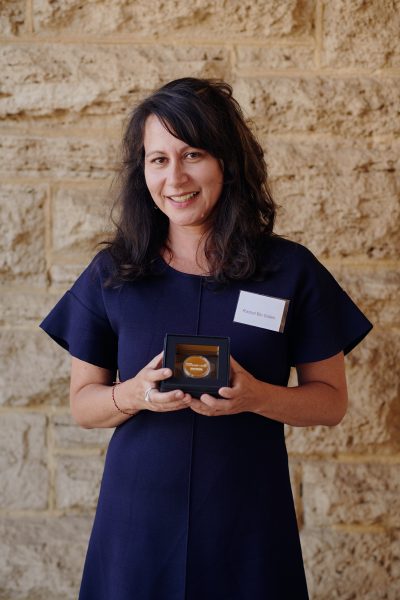 Magabala Books publisher Rachel Bin Salleh has won the inaugural Writing WA Literary Lions Medal, awarded to an individual who has made a substantial contribution to the vitality and success of Western Australia’s literary culture.

The judges acknowledged Bin Salleh’s 28-year association with Magabala, describing her as a ‘trailblazer in the literary industry’ and an ‘unparalleled advocate for Aboriginal and Torres Strait Islander voices and stories’.

‘Rachel’s career has seen her take on every aspect of publishing and promotion whilst growing her own vision for the company and for Indigenous writing in Australia,’ said Shelagh Magadza on behalf of the judges.

‘Recognised by national awards and international peers, Rachel has succeeded in delivering an ambitious vision from a remote part of our country. Sought after as a mentor, speaker, judge and collaborator, this nomination gave us a sense of how far reaching her impact has been.’

Bin Salleh receives a cash prize of $10,000 in addition to the medal, produced by the exhibitions team at the Perth Mint. She was chosen from a shortlist of three, which also included Gary de Piazzi from WA Poets Inc and Lesley Reece, founder of The Literature Centre.

The winner was announced at a ceremony at the Perth Mint on 6 February.