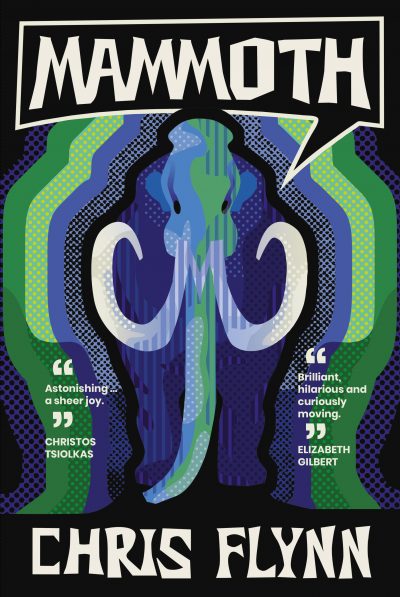 Chris Flynn’s third novel is an ambitious adventure back in time that recounts the folly of humanity—as told by the fossil of a 13,000-year-old mammoth. It sounds like it could be a silly premise but Flynn makes it work; the book balances the lighthearted approach needed to float the conceit—a talking mammoth telling a story to a room full of other talking fossils—with nuanced reflections on more consequential scientific and environmental matters. Importantly, the book is restrained in its scope. When the mammoth recounts its trips back in time, it primarily focuses on two eras: the period leading up to the mammoth’s extinction and 19th-century Europe and America, an important time for ideas about the relationship between nature and society. The depth and breadth of Flynn’s research is impressive and it’s seamlessly used to build the story rather than to show off. As one would expect, the tone is humorous and there are plenty of jokes, although some land better than others. Mammoth is a successful example of how a comic novel can entertain while delivering an earnest message. The book will be enjoyed by those with an interest in history and natural sciences, and eco-conscious readers tired of gloomy, dystopian cli-fi novels.