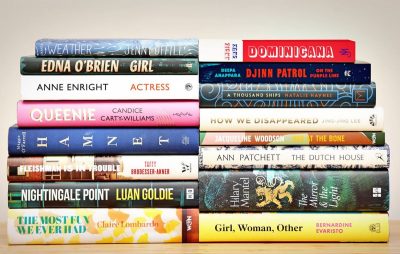 The 16 longlisted novels are:

The longlist features six debut novels, as well as previous Booker Prize-winners Bernardine Evaristo, Hilary Mantel and Anne Enright. A shortlist of six will be announced on 22 April and the winner will be announced 3 June.