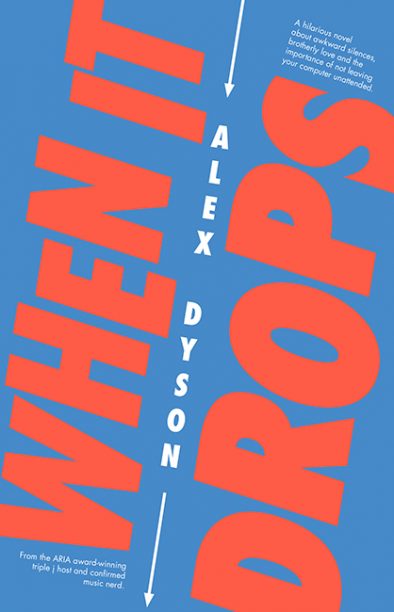 Former triple j breakfast presenter Alex Dyson’s debut YA novel draws on his considerable knowledge of the Australian music industry—he has said that this book was inspired by the school-aged artists he interviewed while at triple j. His protagonist, 16-year-old Caleb, is a socially awkward outcast, dealing with the death of his father by secretly making music in his bedroom, while harbouring the world’s largest crush on his now-estranged-but-former-best-friend Ella. When his mischievous younger brother uploads Caleb’s latest song to Facebook and it goes viral, Caleb finds himself reluctantly thrown into the world of professional music. The problem is, the viral track is an epic love song dedicated to—and named after—Ella. Drawing on Dyson’s personal experience of growing up with just one parent, this novel is also a portrait of a grieving family. Though the voice is sometimes inconsistent and the metaphors often clunky, When it Drops is ultimately a funny and uplifting novel about following your dreams—however reluctantly—even when they don’t unfold quite as you’d imagined. Music fans will enjoy the sneaky nods to Australian artists peppered throughout—the fridge magnet for a business named Thelma’s Plumbing was my favourite.

Hannah Gardiner has an MA and a master of research in children’s literature, and works as a children’s book buyer

Either Side of Midnight (Benjamin Stevenson, Michael Joseph)  Fiction