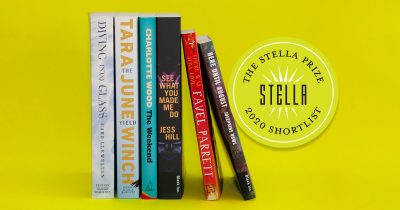 The shortlist was chosen from a longlist announced in February.

Chair of judges and Stella Prize co-founder Louise Swinn said the shortlist includes ‘authors who are household names alongside some we are just getting acquainted with’.

‘The six books on this year’s shortlist are all outward-looking, and they tell stories—of illness, family life, friendship, domestic abuse, and more—in remarkable ways,’ said Swinn.

The winner of the prize will be announced at a ceremony in Sydney on 8 April.

The Stella Prize is presented to the best work of fiction or nonfiction by an Australian woman published in the previous calendar year. Vicki Laveau-Harvie won the 2019 prize for her memoir The Erratics (Fourth Estate).