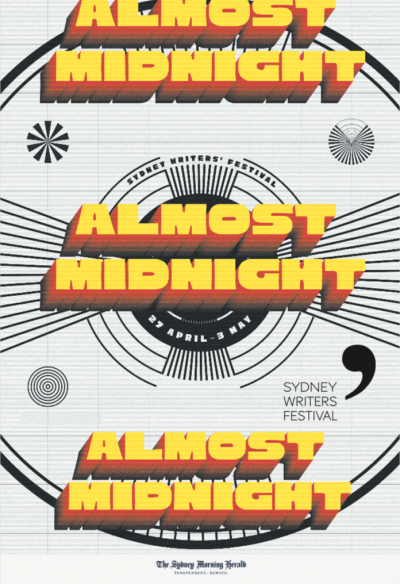 A number of festivals and literary organisations made announcements overnight related to the Covid-19 outbreak.

Sydney Writers’ Festival (SWF) organisers said the festival’s cancellation was an ‘inevitable but nonetheless devastating decision’, in an announcement made last night (Monday 16 March). Artistic director Michaela McGuire and CEO Chrissy Sharp recognised the ‘significant impact’ the cancellation will have on the literary community and urged audiences to ‘support these authors and your local booksellers in what is sure to be a challenging year’.

‘We are facing an extraordinarily challenging moment in the 23-year history of the festival. And without box office revenue, there will be more difficult times ahead. But Sydney Writers’ Festival will return in 2021,’ said McGuire and Sharp.

Also last night, the Wheeler Centre suspended its public events program until (and including) Thursday 7 May, including international guests who were due to appear at SWF. In a statement, the Wheeler Centre said it was a ‘preventative step’ to stop the spread of the virus in Victoria. The organisation cancelled attendance at last night’s scheduled events, but has live-streamed them and is looking to make future events accessible remotely ‘in some way’.

Organisers of Melbourne Jewish Book Week made the call to cancel the 2020 festival last Thursday, 12 March, on the cusp of announcing this year’s program. Festival director Nicholas Brasch said in a letter to festival artists: ‘We intend to monitor the situation and make informed decisions about future events when the current Covid-19 pandemic is over.  What I can promise you is that every attempt will be made to include those who so kindly agreed to be part of MJBW 2020.’ The festival program was due to be announced on Wednesday 18 March, with international headliners including Wallace Shawn, Deborah Eisenberg, Philippe Sands and Josh Cohen. Among the local authors due to appear on the program were Andrea Goldsmith, Mark Dapin, Dennis Altman, Philip Salom, Marcia Langton, Juliet Rieden, Arnold Zable, Tony Birch, Mark Baker, Ginger Gorman, David Leser, Julie Szego, Rafael Epstein and Daniel Ziffer.

The Australian Book Designers Association (ABDA) announced yesterday it would postpone the upcoming ABDA Awards, which were due to be held on 22 May. ABDA plans to reschedule the awards night to September this year, with an exact date to be confirmed. ‘We will still be announcing the shortlist in April, as we all need something good to look forward too,’ said ABDA. The organisation also said it would be ‘running a number of projects including our Showcase series in this period to foster online community and showcase Australian book designers’.

This latest sweep of cancellations comes after State Library Victoria announced yesterday it would shut temporarily and this weekend’s Leading Edge Books conference in Brisbane was postponed. LEB said it plans to announce the winners of this year’s Indie Awards online instead of at the conference.