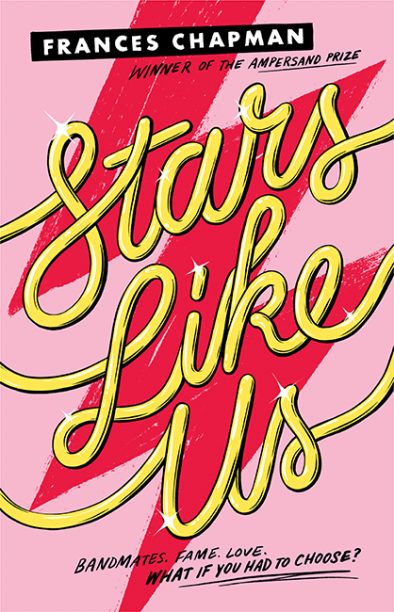 Prior to the cancellation of the Bologna Children’s Book Fair, Think Australian spoke with a number of Australian publishers and literary agents who were scheduled to attend the fair. Here are the standout children’s titles they will now be pitching digitally in the absence of face-to-face meetings.

‘Like many publishers, we have a very strong list of children’s nonfiction titles this year,’ says Penguin Random House Australia senior rights manager Nerrilee Weir. One of the publisher’s lead titles is HOPE: 50 Ways to Help Our Planet Every Day (June), a collection of ‘helpful tips and easy ways that even the youngest of our population can use to help save our planet’. The publisher’s standout titles also include a picture book companion to Saroo Brierley’s international bestselling memoir A Long Way Home (Little Lion: A Long Way Home, illus by Bruce Whatley, November) and a new middle-grade book from bestselling author A L Tait, ‘an exciting medieval mystery featuring two unlikely friends’ (The Fire Star, September).

Hardie Grant Egmont rights manager Joanna Anderson is looking forward to pitching a ‘highly original nonfiction guide to reducing household waste, presented in a picture-book format perfect for a young audience’. Your Planet Needs You! by Philip Bunting (May) ‘includes small, achievable steps that children and their families can take to reduce waste, helping kids realise that they can make a difference’, says Anderson. Rights have already sold in five territories (see rights sales). Another standout title from the publisher is the Ampersand Prize-winning YA novel Stars Like Us by Frances Chapman (July). ‘This is a beautifully written own-voice LGBTQ novel about 16-year-old Lily, whose band gets a once-in-a-lifetime opportunity to make it big—sending her on a rollercoaster ride through overnight fame, complicated friendships, and a compelling love triangle,’ says Anderson.

Hachette Australia rights and publishing manager Emma Dorph is particularly excited to be presenting two new children’s nonfiction titles. The Big Book of Festivals is ‘a brightly illustrated nonfiction picture book highlighting diverse festivals from around the world’, and Sami Bayly’s The Illustrated Encyclopaedia of Dangerous Animals (October) is the follow-up to Bayly’s popular debut The Illustrated Encyclopaedia of Ugly Animals, which Dorph says ‘did brilliantly with rights sales pre-publication in October 2019’.

Carey Schroeter, children’s rights and international sales manager at Allen & Unwin, will be pitching a new picture book from ‘internationally loved, award-winning’ creator Tohby Riddle this year. The Astronaut’s Cat is a ‘delightful story that celebrates the wonders of the Moon, the curiosity of cats and the precious beauty of Earth’, says Schroeter. Two new illustrated junior fiction series also make it into Schroeter’s top picks: Lili Wilkinson and Dustin Spence’s ‘fantastically readable, gloriously funny and highly collectable’ ‘How to Make a Pet Monster’ (July); and Emily Rodda and Lucinda Gifford’s ‘Monty’s Island’, which follows the adventures of a boy and his friends who live on an island in a magical sea and ‘must pool their resources and nous to free themselves from a bunch of tricky situations’.

One of Five Mile’s biggest rights success stories in recent years has been Jessica Sanders’ picture book Love Your Body, which has sold into 27 territories, and this year commercial director Tash Besliev is excited to be pitching Sanders’ newest title, Be Your Own Man. ‘In this new picture book Jessica encourages young boys to broaden their ideas about what it means to be a boy and encourages them to feel free and proud to be who they truly are,’ says Besliev. Another highlight from the publisher is a new picture book series that ‘explores the importance of values in everyday life and encourages a “more than me” view of the world’. The ‘Human Kind’ by Zanni Louise includes the titles Honesty, Persistence and Courage.

University of Queensland Press rights manager Kate McCormack is thrilled to see international buzz growing for children’s book creator Peter Carnavas, whose younger reader novel The Elephant (2017) has sold into the UK, North America and eight translation territories. ‘We’re looking forward to discussing its success in markets where it hasn’t yet been snapped up while also promoting Peter’s picture book, A Quiet Girl,’ says McCormack. Among the publisher’s forthcoming highlights are a lyrical gothic fairytale for younger readers (The Heartsong of Wonder Quinn, Kate Gordon, July) and a middle reader verse novel from Steven Herrick, winner of the prestigious Deutsche Jugendliteraturpreis (Zoe, Max and the Bicycle Bus, August).

Literary agents Jacinta di Mase and Natasha Solomun from Jacinta di Mase Management are excited to be pitching several middle-grade titles this year: literary agent and author Danielle Binks’ forthcoming fiction debut The Year the Maps Changed (Hachette Australia, May) and Cristy Burne’s nonfiction book Zeroes & Ones: The Geeks, Heroes and Hackers who Changed History (Brio Books), which has been sold to China. Other standout titles include a new junior fiction series from creators Nick Falk and Tony Flowers, ‘Vognox the Viking’ (Affirm Press) and Jenna Guillaume’s YA ‘feel-good book of the summer’, What I Like about Me (Pan Macmillan Australia). Rights to the latter have sold into North America and France.